File this under sanctimonious news anchors can do stupid things just like the rest of us.  Gregg Jarrett of Fox News was arrested after getting “turnt up” at the Minneapolis-St. Paul International Airport and having some sort of scuffle with the police that they did not take to kindly to.  Jarrett, 59 years young, spent a dozen hours in jail after being arrested on charges of interfering with a police officer. 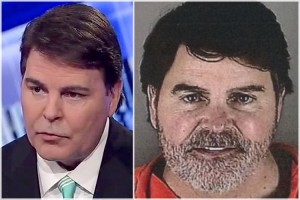 He is reported to have been “belligerent and uncooperative” when he encountered police officers and was allegedly drunk at an airport bar.

Like any good PR person would do in a situation requiring some damage control, a spokesman for Fox News said “He is dealing with serious personal issues at this time.”

I dug up a video where Mr. Jarrott seems to be slurring his words, or maybe he just does not have a firm grasp of the English language a little bit.  Maybe it is from…alcohol perhaps?

All joking aside – I hope if he indeed is suffering from some sort of alcohol abuse or dependence issue, he gets the help he needs.  He is like everybody else, and not immune to the tortures of alcoholism.  I hope he has the humility and courage to do what he needs to do to take care of himself right now.  If he takes action now he can stop the hemorrhaging before his career bleeds out.

If you’ve been accused of a criminal offense involving alcohol or accused of a DWI, contact attorney Tristan LeGrande by calling 281-684-3500.