The small suburb of San Antonio got himself in a bit of a bind last month for driving drunk; he resigned following the DWI arrest while he was driving his patrol car.  China Grove Police Chief Larry Davis was driving his marked police vehicle on the way back from law enforcement training in Huntsville when he was stopped by Temple Police Officers.

Davis tendered his resignation in a letter dated the same day as his arrest. The resignation became public July 3 when it was accepted by the 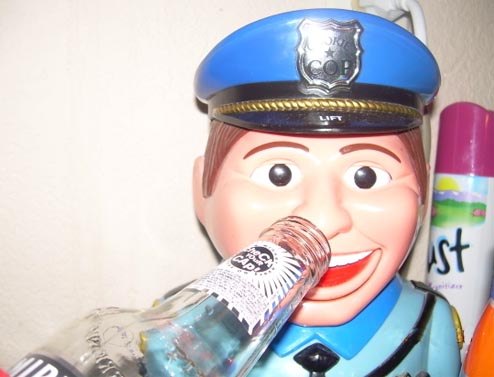 The letter gave no reason for his departure and no reason was given at the meeting. Davis did not attend the meeting and has not returned multiple phone calls.

The city-issued Tahoe driven by Davis at the time of his arrest was released to Jenkins, who traveled to Temple to pick it up, the Temple police spokesman said.

China Grove’s council has shut down and revived the city police department several times since December 2013, complaining about a backlog of hundreds of un-served warrants. Davis had repeatedly asked for more officers to handle the backlog.

Sounds like another instance of an officer thinking he is above the law.  I am trying to think just how badly he must have been driving in his patrol car for him to be pulled over on suspicion of a DWI.  I also wonder about his charges, did he actually submit to breath or blood tests?  How about field sobriety tests.  He needs a good lawyer for sure!