A new bill proposed by  Texas State Rep. Joe Moody would make the possession of up to one oz. punishable with a $100 ticket.  Moody contends that the current marijuana policy in Texas isn’t working, and that a new approach would allow us to more effective utilization of the limited resources in our criminal justice system.

Currently, Possession of a usable amount of marijuana less than 2 ounces is a Class B Misdemeanor punishable by up to six 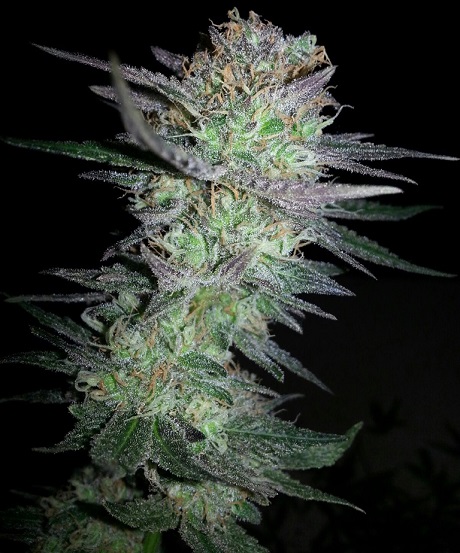 months in jail time and a $2,000 fine. The new proposal would mean being issued a $100 ticket, similar to a parking violation.  However, possession of larger amounts would still lead to criminal penalties. The measure would make Texas the 20th state plus the District of Columbia to remove the threat of jail time for the possession of small amounts of weed.

The subsequent legislation is highly unlikely to be passed, not with the staunch old-school Republican-controlled legislature. Texas Governor Rick Perry has gone on record with an erroneous commentary with regard to decriminalization of marijuana: the state has “kind of done that.” In 2007, Texas passed a measure giving local governments the power to respond to marijuana possession with a summons rather than an arrest, but few counties have adopted it and someone issued a summons may still end up in jail.

I admire the ambitiousness of the legislation, but sadly, it is probably just for show.  As I have said before, there simply is not widespread legislative support for legislation such as this.  Movement in this area of the law (at least in this state) will be slow.  I am not discounting that this is a positive step – I am merely asserting skepticism at the likelihood of its success.  Medical Marijuana…RECREATIONAL marijuana…in TEXAS?  Not likely.  Not anytime in the near future anyway.  Texans will still have to take a roadtrip to Colorado to get stoned without the man being there as a buzzkill.

Allen St. Pierre, executive director of the National Organization for the Reform of Marijuana Laws, another pro-legalization group, says that Texas is in a tier of states that are the least likely to ease marijuana restrictions. These “third tier” states, he says, are ones in which “the legislature has never shown any want to move in this direction and/or there is an executive at the top who is going to oppose and veto any reforms.”

What about popular support…? Well, 61% of Texas residents would support a penalty reduction like the one Moody is proposing, while 58% would support the legalization of medical and recreational weed.

At a press conference on Monday, Moody was joined by representatives from other groups who support the bill, such as the ACLU of Texas and Republicans Against Marijuana Prohibition. Support from such libertarian-leaning conservatives will be crucial in the heavily Republican state.

“Texas doesn’t seem to be ready for a full legal market,” acknowledges Heather Fazio, a representative for MPP in Texas. “That doesn’t mean that the conversation shouldn’t be happening.”