I put “causes problems” in quotes because, as an attorney, causality is an important thing for me. The recent story that ran in the New York Times about a man that supposedly consumed too much marijuana laced edibles, began hallucinating and ended up killing his wife with a gun.  Tracing the end result – a murder – back to a single cause: the legalization of marijuana in Colorado.

The article goes on to detail the story of the college student who ate too much pot and fell from a Denver hotel balcony to his death. It told of 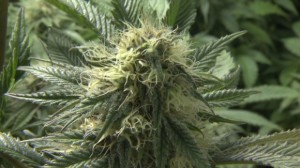 children winding up in emergency rooms after sneaking into adult supplies of candy and other fun-looking snacks infused with THC. It told of neighboring states overwhelmed by drivers coming to Colorado for pot and returning stoned behind the wheel.

OBJECTION.  The problem with this story is the impression.  Legalization did not cause these problems.  Lack of proper regulation and irresponsible people caused these problems.

And legalization being the cause of the unfortunate murder of the man’s wife discussed earlier is a stretch.  What the story does not tell us is what else was going on this man’s life.  What mental condition was he in before he ate too many cosmic cookies.  Was he mentally ill?  Were there problems with his marriage.

Do we blame Jack Daniels when a man drinks too many shots of Kentucky Bourbon and beats someone to death in a bar fight – likewise, do would we blame the alcohol if that same man drove his car head on into a school bus full of kids?

Don’t blame the “demon weed” for the actions people take when they do not use it responsibly.  Besides, the ONLY HOPE we have at preventing tragedies such as these is by having 1) regulation and 2) education.

The alternative?  Leave it to the black market.  I am sure they will make sure everybody uses with a sense of level headed responsibility.

[The headline from the New York Times printed on June 1st – After Five Months of Sales, Colorado Sees the Downside of a Legal High ]

Arrested for a Possession of Marijuana?

Arrested for a Drug Crime?