Nearly everyone has seen “Mad Men” at least once.  The show harkens back to a time in our not so distant past when cigarettes were a more socially accepted and dare I say integral part of American culture.  Hell, worldwide culture.  In the 1960’s you could smoke everywhere.  A significant portion of the population smoked.  People didn’t even really regard it as being unhealthy (although some studies had already come out regarding the adverse health consequences of tobacco use, even then).

At the same time, illicit drug use had began to increase, reaching an apex around the time the drug war began in 1971 when President Nixon named it public enemy #1.  I will get back to the drug war later, but suffice to say, once it reached its appex, drug use has continued at almost the same level ever since, despite billions of dollars and millions of lives being wasted in its wake.

This staple of american culture continued to be prevalent into the 1980’s.  In the 1980’s smoking was still allowed almost everywhere, including airplanes, and I am told law students in Texas taking the bar exam could even smoke DURING the exam in a designated smoking exam room.

But something happened with tobacco use.  Did the reduction in tobacco use come from making it illegal?  Hardly.  It went down and has continued to go down steadily for two reasons:

Tobacco use declined primarily because of regulation of its sale and distribution, as well as educating the public on the health risks associated with tobacco use.  Use declined steadily as regulations increased and public education campaigns began to permeate american society.  These regulations included where it could be marketed, where it could be sold, how it could be sold (and penalties for sale to minors), and taxes on tobacco companies.  Use experienced a momentary spike in 1989 among high school students, but smarter regulation and education brought use back in a decline around 1995.

There is no debate now over whether smoking has adverse health consequences.  It is essentially public knowledge that diseases and early death rates have a direct connection with smoking.  However, the government did not respond by making it illegal.  Government recognized that it was impossible to remove from the fabric of our society and used what they could utilize to bring usage rates down.  No more smoking on airplanes, most bars and restaurants, and in some large cities (Like New York City) you can be ticketed for smoking in a public place.

We have taught kids about the dangers of smoking without insulting their intelligence.  This actually means a lot.  We didn;t tell kids: JUST DON’T SMOKE.  We told kids WHY.

Spending on the drug war has ballooned over the last 50 years, but the usage of drugs has not.  More troubling, the incidence of drug induced deaths has increased every year until 2006, when it plateau.  The vast majority of the drug induced deaths don’t come from heroin, cocaine, or hallucinogens like ecstasy, but from pharmaceuticals. 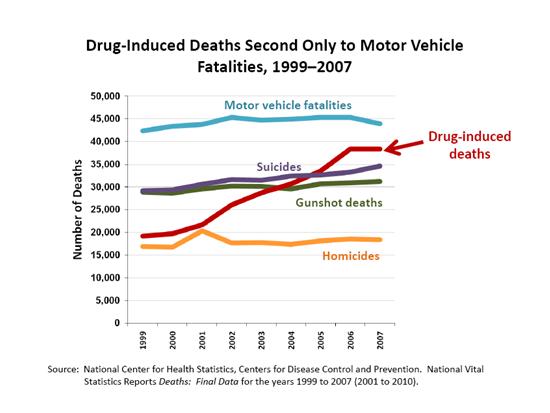 People are fearful that de-criminalizing illicit drugs would lead to a kind of anarchy of sorts.  Use would spiral out of control.  But it would not if we invested enough in its regulation, education, and rehabilitation programs.

Now how about the billion dollar black market.  Criminal organizations control drugs right now and they do a pretty good job of distributing their product despite how much money we throw at fighting them.  Cartel profits are up, and they ruthlessly murder to maintain control over their market share.

Just using marijuana as an example, 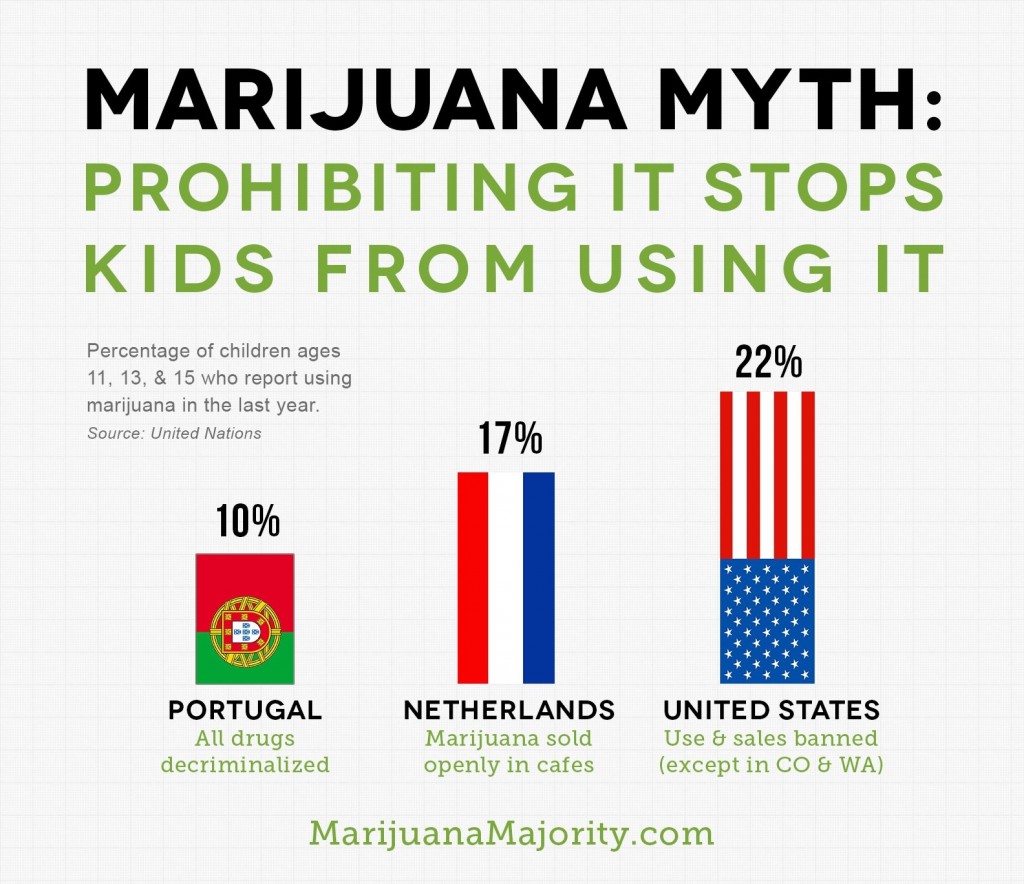 countries that have more liberal laws concerning its use have a lower percentage of youth that use it.  When looking at the percentage of kids 11, 13, and 15 that report using marijuana within the last year, the United States leads the pack with 22%, when compared to Portugal, 10% (broad decriminalization of all drugs) and the Netherlands 17% (legalized marijuana use).

I remember when I was in high school it was much easier to acquire marijuan than it was to acquire alcohol, or even cigarrettes.  This may be an annectdotal example, but it is telling.  The reason?  If I wanted to get a hold of the legal and regulated substances, I had to go through the normal channels.  This meant a baby faced kid trying to either pass off a fake ID and risk arrest or convincing some dim-wited adult to buy it for me and my friends. Not so for marijuana.  It was un-regulated – or put another way, it was regulated by those that did not care who was buying it, and supply was aplenty.

One remaining catastrophic consequence of our current drug policy is the human cost.  Families have been destroyed.  Mothers and fathers are ripped out of their homes.  A generation of youth at or below the poverty line grows up with a fractured family.  You see, because although the drug war has not led to a reduction in drug USE, it has led to an increase in drug CONVICTIONS.

Of that bloated prison population the percentage of people in prison for non-violent drug offenses is staggering.

Isn’t it about time we started considering other options?  We have spent almost 45 years fighting the drug war to no avail, use is unchanged.  Criminal organizations are growing increasingly powerful and well funded.  Families are paying the price of the drug war with more and more people incarcerated on drug crimes every year.

Let’s get smart on drugs – the tough on crime approach to drug policy is a failure.

INNOCENT PEOPLE ARE CHARGED WITH CRIMES