Say it ain’t so- is nepotism, cronyism and favoritism alive and well in the state of Texas!?  Were students admitted that had no business being admitted to one of the top law schools in the state – our very own UT Law?  The evidence suggests so. 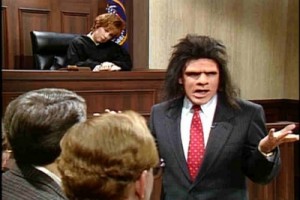 Information has surfaced that some of the students had the worst test scores, worst grades and may not even have been able to pass the bar.

An organization known as watchdog.org stumbled upon a pattern of lawmakers and other connected persons securing admissions to UT Law for students that other by using normal objective admittance guidelines would have sent to a lot less prestigious school.  Watchdog started by looking to the February Texas Bar Exam results, which oddly placed TOP law school UT last in the state in passage at 59 percent, and then looked back at those who failed more than once. Looking at the 90 UT grads failing more than once, Watchdog isolated 24:

Watchdog goes on to point out that some of the persons with piss poor performance WERE LEGISLATORS OR THEIR STAFFERS:

Two recent UT Law grads already were elected officials when they were admitted.

State Rep. Richard Peña Raymond, like [Sen. Judith] Zaffirini a Democrat from Laredo [Watchdog singles out Zaffirini as the connection that comes up most often in its probe], who was first elected in 1992, failed the bar exam in 2007 and 2008, and is not a member of the Texas bar.

What really bothers me about this is what bothers me about all schools that admit students that are unqualified.  Many qualified students were not given the opportunity to study at these schools- which carry with them a certain amount of prestige and honor for their graduates.  Often these are school, like UT law that churn out excellent graduates that go on to become titans in their industry.

I will not argue with anyone that UT law is not a good school – I believe it is a great school.  But this is all tainted, as many of the ivy league schools in other parts of the country have been, for the favoritism they allow to take place in admitted a portion of their students.