Yet another blow was dealt by the Supreme Court on our civil liberties and our 4th amendment rights on April 22 when the Supreme Court held that California Highway Patrol officers had reasonable suspicion of DWI, and therefore were justified in conducting an investigative traffic stop where the only basis for the stop was that the vehicle matched a description of a vehicle that an anonymous 911 caller had reported had run her off the road.  Once the stop was conducted, officers smelled Marijuana, searched the truck and found 30lbs of marijuana. 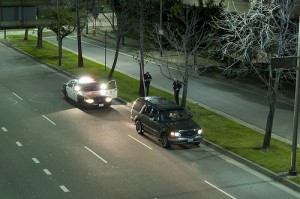 So how exactly has this case (Prado Navarette v. California) eroded our 4th amendment rights?

A brief summation of your 4th amendment rights in this context may be instructive (I urge any of my colleagues seeing need for additions or alterations to this summation to weigh in).

The Fourth amendment permits investigative stops when a police officer, taking into account a totality of the circumstances, has a specific and objective basis for suspecting the person stopped has engaged in or is about to engage in criminal activity.  See United States v. Cortez, 449 U.S. 441.  The court has determined in numerous cases that anonymous tips lack the veracity to be relied upon to substantiate reasonable suspicion.  However if there are sufficient indicia of reliability, the court has held that it is enough.

Somehow the court found that an anonymous caller, with a vehicle description was good enough.  This is despite the fact that when the Defendants vehicle was actually being followed by the police, they committed no traffic offenses and provided no additional reasonable suspicion for the officers to believe, by their own observations, that the person could be driving while intoxicated.  The court reasons that this does not dispel the reasonable suspicion for the DWI – what, because all sloshed drivers can drive perfectly when they know the police are following them?  If that were true, I would have a lot fewer clients.

And what else did the court hang its hat on that gave this anonymous caller sufficient indicia of reliability for the call to be the sole basis for the reasonable suspicion for the investigative stop of the defendant?  The fact that the vehicle of the given description was found close to where it was reported it had been.

That’s it.  You can call 911 and give an anonymous tip, state the vehicles description and license plate number and the vehicle will be stopped.

The implications of this are frightening.  Got a grudge against a former spouse that likes to go to the  bars?  Just phone it in some Saturday night, you don’t even have to give your name, just provide the plate number and what local speakeasy your former spouse likes to frequent and presto–you can get them stopped!

Let’s not forget the police officers…should a rouge officer decide he needs to pull over a vehicle and search it without those pesky constitutional requirements, all he has to do is get himself a burner phone and call in a location, vehicle description and license plate number…anonymously…and presto again, he has orchestrated a rouse to pull over anyone he so desires without any justification whatsoever.