Home » DWI (Drunk Driving) » DWI? I Would Not Recommended the “Black-Ice” Defense

DWI? I Would Not Recommended the “Black-Ice” Defense

Police claim Brian Byers of  New Jersey man allegedly poured water into the middle of an intersection in hopes of creating a black ice slick, allegedly to cover up a crash that occurred when he was intoxicated and took out a guardrail.

But it gets better.  Police also claim he recruited an accomplice in his scheme to cover up the drunken wreck, Alexander Zambenedetti. Both were arrested and charged with driving while intoxicated. 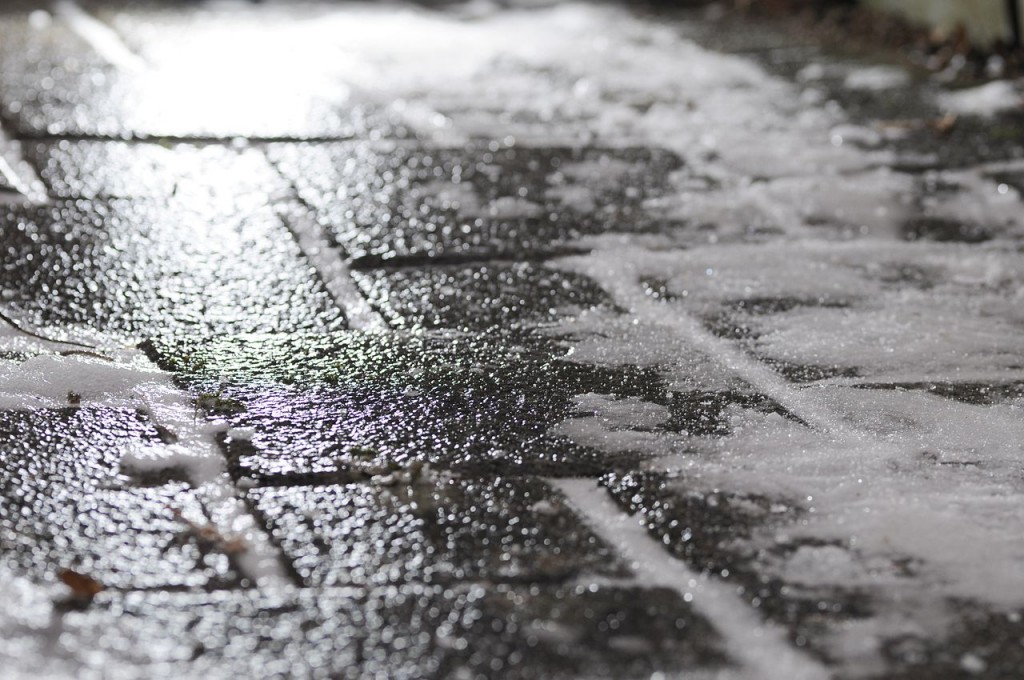 Police officers report finding the two tipsy men at an icy intersection in the middle of the night. Zambenedetti left little doubt about his state of mind when he was found shirtless in the driver’s seat of his car.  Weather reports indicate the outdoor air temperature was hovering around 1 degree.

The evidence?  Two 5-gallon buckets in their car; the buckets still had some water in them, police say.

Officers allege Byers coasted through a stop sign at the same intersection, collided with a guard rail, and drove the car back to his house.  When there, he recruited a co-pilot and devised the scheme to cover up the wreck.

Police further allege the men had created enough ice in the intersection to require half a ton of salt to melt. Sounds like they used quite a few buckets!

Byers was charged with failure to stop at a stop sign, careless driving, driving while intoxicated, failure to report an accident, leaving the scene of an accident, and disorderly conduct (for intentionally icing the intersection).

The problem will be what defense attorneys call “wheeling the driver.”  They must put him behind the wheel through presentation of some evidence.  Bryer has denied operating his car, as has Zambenedetti.   However, Zambebedetti has also been charged with careless driving, driving while intoxicated (no breath or blood tests, just field sobriety excercises), and failure to wear a seat belt.

They could have been charged with more.  In New Jersey it is illegal to use any object or “other thing of physical substance knowing it to be false and with purpose to mislead a public servant who is engaged in [an] investigation.” Tampering with evidence is a fourth degree crime carrying a possible 18-month jail sentence.

The takeaway?  If no one is there to witness an accident and no one else is involved – might want to think twice about trying to cover up the incident.  Perhaps Byers should have just stayed at home, police may never have found out.