After Crash, Members of the Secret Service Facing DWI Accusations

It was probably no secret that something might be amiss when a secret service member crashed his car through a White House security barricade on March 4th after leaving a White House Party. 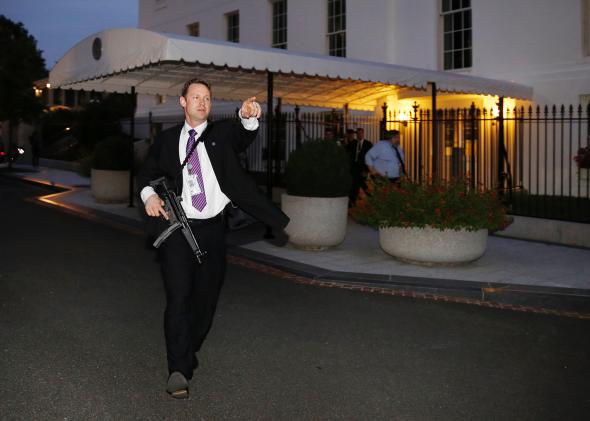 The incident is being investigated by Homeland Security, and the two agents have been reassigned to nonsupervisory positions.

Officials have of course voiced concerns that the men being investigated are “regularly within arm’s length of the president.”

What is going on here…are these guys not supposed to be members of our elite service?  Although I will wait to pass judgment until they are found guilty, the possible implications are troubling.

Congressman have acted, and have stated that they are inquiring as to whether the agents were intoxicated, whether a sobriety test was ordered by those who responded to the accident, and if so whether that test was administered.

“If anyone requested that and it did not happen, I’ve got a big problem with that,” said Representative Chaffetz of Utah, Chief of the House Oversight and Government Reform Committee;  “If somebody was indeed suspected of being under the influence, that should have been dealt with right there on the spot, and I’m concerned that it wasn’t.”

Chaffetz, who has been loudly critical of apparent lapses and misconduct in the ranks of the Secret Service, reiterated Wednesday that healing the troubled agency will require more than a few simple personnel changes. How this incident is handled, he said, will serve as a test for the service’s new director, Joseph Clancy.

“We’re going to find out real quick what sort of discipline is (Clancy) going to institute there,” Chaffetz said. “If this is true, he had better deal with it swiftly. This is totally unacceptable.”