What’s worse than the DEA paying an exorbitant amount of money for information?  They could have gotten it for FREE.  That’s right, your tax dollars squandered again – turns out this information could have been easily obtained by the DEA through a law enforcement network shared amongst government law enforcement agencies.

The Drug Enforcement Administration paid an Amtrak secretary $854,460 over nearly 20 years to obtain confidential information about train passengers.  The employee has only been identified as a 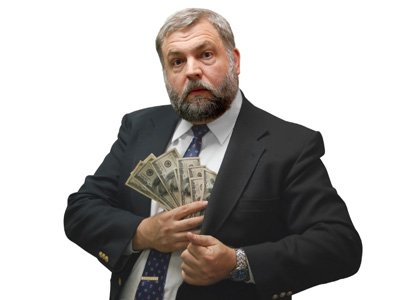 “secretary to a train and engine crew” according to Amtrak’s inspector general.

Did this employee face reprimand? Of course not!

The secretary was allowed to retire, rather than face administrative discipline, after the discovery that the employee had effectively been acting as an informant who routinely sold private passenger information since 1995 without Amtrak’s approval, according to a one-paragraph summary of the matter.

The inspector general of Amtrak has declined to identify the secretary or say why it took so long to uncover the payments. In a report he contends that he suggested policy changes and other measures to address control weaknesses that Amtrak management is considering.
Is the DEA telling us why they paid for information they could of obtained for free!?  HELL NO!
DEA spokesman Matt Barden declined to comment.

Passenger name reservation information is collected by airlines, rail carriers and others and generally includes a passenger’s name, the names of other passengers traveling with them, the dates of the ticket and travel, frequent flier or rider information, credit card numbers, emergency contact information, travel itinerary, baggage information, passport number, date of birth, gender and seat number.

Sen. Chuck Grassley, Republican on the Senate Judiciary Committee called the $854,460 an unnecessary expense and asked for further information about the incident – he clamored that the payments raise some serious questions about the DEA’s practices and damages its credibility to cooperate with other law enforcement agencies.”

Amtrak is officially known as the National Railroad Passenger Corp. and is not a government agency, although it has received tens of billions of dollars in federal subsidies and is subject to the U.S. Freedom of Information Act. Amtrak’s inspector general said the secretary provided the passenger information without seeking approval from Amtrak management or police, but Amtrak’s own corporate privacy policy expressly allows it to sell or share personal information about its customers and passengers with contractors or a category of others it describes as “certain trustworthy business partners.”

Under a joint drug enforcement task force that includes the DEA and Amtrak’s own police agency, the task force can obtain Amtrak confidential passenger reservation information at no cost, the inspector general’s report said. Under an agreement, Amtrak police would receive a share of any money seized as a result of such drug task force investigations, and Amtrak’s inspector general concluded that DEA’s purchase of the passenger information deprived the Amtrak Police Department of money it would have received from resulting drug arrests.

The DEA does not publish on its website its staff manuals or instructions for employees. It was not immediately clear whether the DEA has rules against soliciting corporate insiders to provide confidential customer information in exchange for money when providing that information would cause the employee to violate a company’s or organization’s own rules or policies.