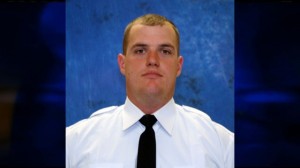 Conroe Officer convicted for shooting shoplifter in back of the head

Conroe police sergeant Jason Blackwelder was convicted of manslaughter for fatally shooting a 19 year old suspected shoplifter, Russell Rios, who’d fled from a Walmart into the woods.  The officer claimed there had been a struggle which led to the shooting.  Prosecutors say, however, that the teen was shot in the back of the head […]