Police in Massachusetts allege that Jill Roy had more than a little junk in her trunk;  it seems she is being accused of packing in heroin and painkillers into her prosthetic bubble butt.

A police report reportedly claims drugs fell out of her pants during a traffic stop. During the booking process, officers observed that Roy’s underwear had “a hard exterior,” which turned out to be a fake butt that was hiding a bevvy of drugs. 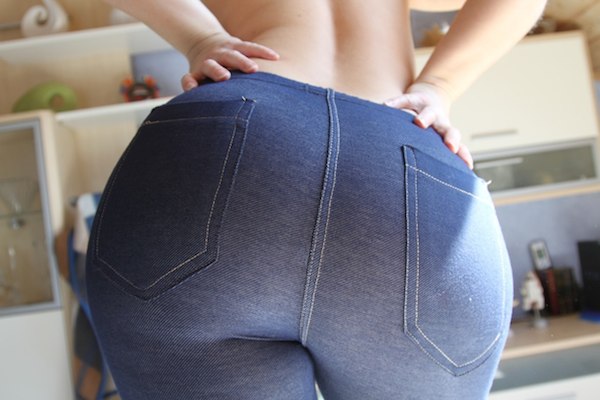 Law enforcement officer Nicole J. Bevillacqua’s report alleges that she came across a vehicle with illegal tinting which swerved over the road’s double yellow lines. These items provided the probable cause to pull her over.  Officers can make a routine traffic stop for such violations.  Unfortunately for Roy, officers planned on getting to the bottom of the real story
The offense report claims that in addition to a bag full of narcotic painkillers falling out of Roy’s pocket, the passenger in Roy’s car allegedly lied about her name, screamed obscenities at police, and told them she was a paralegal. That is a sure fire way of NOT  getting an officer off your case.  Officers ran their names and found that they both had arrest warrants.


On observing that her butt looked “hard,” police began a more thorough search of Roy’s body. After Roy moved her false caboose, officers observed “a large bulge” in her undies that turned out to be heroin and Oxycodone.

Roy is being held on felony and misdemeanor narcotics charges; bail has been set at $5,000.