Home » Criminal Justice » WHAT NOW for the HS Football Players that laid out the Referee?

WHAT NOW for the HS Football Players that laid out the Referee? 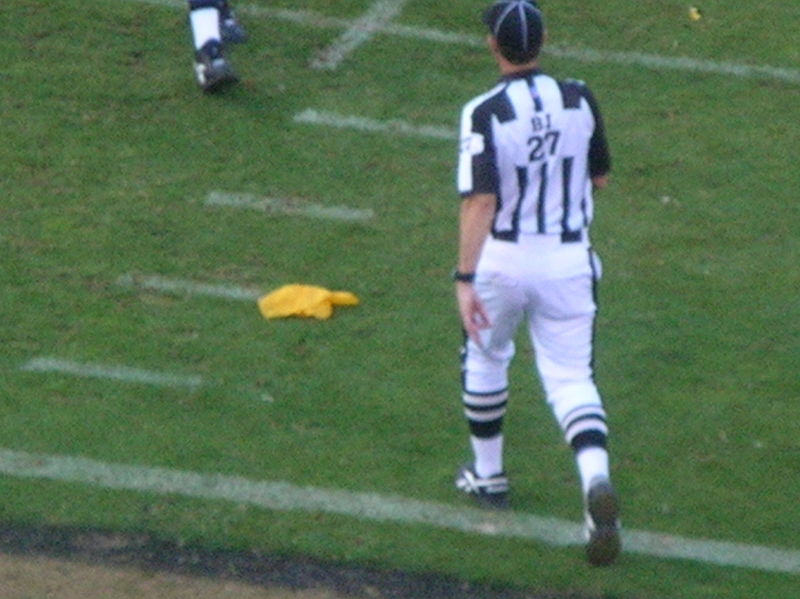 Just about everyone that watches any amount of television news would have seen the video right now.  It is a familiar scene that plays out on high school football fields across the state of Texas. Friday Night Lights, if you will.

But this night was different.  Video footage that was being kept by one of the training staff members caught something more sinister than the ordinary pushing and tackling associated with High School Sports.  As the camera was rolling two Football Players for Marble Falls High School set their sights on the Referee and then it happened – one of players runs full force into the back of the ref, blindsding him, and the other player piles on top.

This we all of have seen…over and over and over again on the news cycle.  So what now?  Who will be held responsible. Will the kids get suspended, expelled?  What about the coach?

Here is what we know about where this is all going:

Northside Independent School District athletic director Stan Laing has told news outlets that video of the incident was “VERY disturbing.” Laing said the district is investigating what led up to the incident.

The title of a purported video of the incident claims the ref had been targeted because of a bad call.

Before the referee was hit, two Jay players had been ejected on separate plays.

The incident occurred with approximately a minute left in Friday’s game, according to Marble Falls coach Matt Green.

Marble Falls was trying to run out the clock and called for a handoff toward the left side of the line of scrimmage, according to the Express-News.

The penalties stemming from the incident gave Marble Falls a first down. John Jay lost the game 15-9.

“I’ve coached 14 years and I’ve never seen anything like it,” Green said.

Elliott said he was seeking guidance from the state officials association, adding, “the first thing we want is that those two kids never play football again.”

The referree’s name has still not been released.

Have you been charged with a criminal offense?

If you are accused of ANY CRIME it is essential to have an aggressive criminal defense attorney in your corner.

You need someone that will fight for your rights. You need a tenacious lawyer that will put the state to their burden.