In Wise County Texas, Sheriff’s deputy Chad Hightower is facing charges of “improper photography” for tricking sex offenders into posing nude for pictures when they came to his office to register as sex offenders.

Deputy Hightower informed one of the Complainants a new state law required all sex offenders to be photographed in the buff. The deputy took 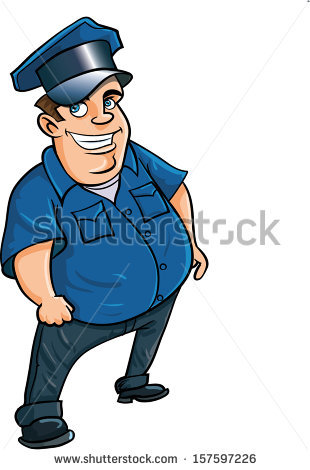 the man into a bathroom, had him strip down, and then let him take pictures of him from multiple angles.

But no, Deputy Hightower did not leave it there, he turnt it up a notch!

When the sex offender returned to the sheriff’s office a month later to update his information, Hightower allegedly told him the first photos didn’t turn out because of a glare, and that more would have to be taken. He drove the victim to the county’s impound yard, where he once again directed the victim to take off his clothes.

This time, however, Hightower allegedly instructed the victim that the state would also require a photograph of his erect penis. After declining Hightower’s request, the victim says Hightower asked an additional “three or four times” for the victim to obtain an erection before allowing him to leave.

The victim reported the incidents to a district attorney’s office investigator.  According to the arrest warrant affidavit, along with images of the victim, the SD cards from Hightower’s county-owned camera contained deleted images of “several more nude males that appear to be in the same bathroom (the victim) described, others are in the county impound office and yet more in what appears to be a residence.”

Hightower is being charged with the felony of improper photography, a charge typically (and ironically) used in the prosecution of sex offenders creeper/stalker types.  Under the Texas Penal Code, photographing another person in a bathroom or dressing room without the person’s consent and with the intent to invade that person’s privacy or to “arouse or gratify the sexual desire of any person.”   It is a similar charge to indecent exposure, adding the element of photography.  Its a state jail felony punishable by six months to  two years behind bars and a $10,000 fine.Coincidentally, the law that Hightower is accused of violating was the subject of a recent appeals court opinion.  The court found the subsection of the statute used to prosecute those who take upskirt photos of women in public or secret photos of children in bathing suits was an unconstitutional and against the 1st amendment. However, the portion of the law prohibiting non-consensual photos in bathrooms or dressing rooms remains valid.Hightower is currently free on $25,000 bond. Hightower reportedly has put in his papers to retire from the sheriff’s department and is on leave until his retirement later this month.