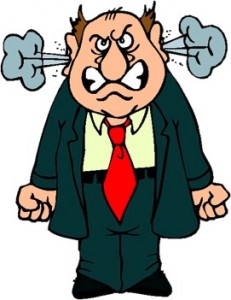 In yet another example of unprofessionalism among legal professionals, a Waller County DA allegedly made threats to a member of the cloth.

Rev. Walter Pendleton alleged that after he requested information on prosecution rates by ethnicity in the county northwest of Houston, the prosecutor became abusive in text messages sent May 28.

“Don’t ever call me again. You went over the line,” Mathis wrote in one text.

Pendleton texted back that Mathis was engaging in “selective prosecution,” according to a transcript provided by Pendleton.

Mathis: “You are too stupid to know what that word means.” The prosecutor then cited examples of white public officials whom he had successfully prosecuted.

“My hounds ain’t even started yet dumb ass,” Mathis wrote. “Keep talking. When I talk people will listen. Keep talking and I will sue your ass for slander. It works both ways. ‘Dr.’ Take your fake Dr. Ass and jump off a high cliff.”

What ever happened to civility and common decency?  More and more it seems that we see examples of members of the bar abusing their position both in Texas and nationwide.

Now this does not quite rise to the level of a threat that could be legally described as an assault.  He does not threaten actual and specific physical injury, but this gets pretty close.

I may have to create a new category for lawyers and judges acting up if these stories keep coming out.