New York’s finest (the NYPD) arrested 32-year-old Unique Johnson for allegedly pointing his iphone at them in such a manner that they contend made them believe it were a gun.  Further, they believe he made sounds that imitated gunshots. 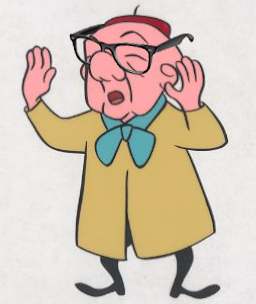 This allegedly heinous crime occurred when two officers were at a stoplight, and a car being driven by Johnson pulled up by the officers passenger side door.  The officer in the passenger seat reported that when he turned in his seat to look he saw what appeared to be a weapon pointed directly at his head.”I absolutely thought we were dead,” one of the officers said in a press release.
Officers claim that the Johnson admitted that he had used the iPhone to simulate a gun in order to show how easy it would be to shoot a police officer.  Johnson was charged with a number of criminal charges, including menacing a police officer and disorderly conduct.   To commit menacing a police officer requires proof that someone intentionally placing an officer in fear of physical injury by displaying a weapon (it is a felony).  Disorderly conduct requires proof of “disruptive behavior,” which in New York includes engaging in “tumultuous or threatening behavior.”
Johnson was also charged with harassment and aggravated unlicensed operation of a vehicle.
Although Johnson may have never intended to do the officers any harm with his iPhone stunt, he may have a tough time defending his actions by claiming he was just joking.  Proof that you never planned to actually do what you appeared to be preparing to do may be used to mitigate intent, but will not act as a blanket defense against criminal charges.  Things could be worse, Johnson could have been shot.  In Texas, people have been shot by the police for less.

INNOCENT PEOPLE GET CHARGED WITH CRIMES