According to a report commissioned by the city, more than 20,000 burglary, theft, assault and hit-and-run cases were not investigated in 2013.  When I stumbled onto this story the explanation given was that HPD is understaffed.  This may be some of the reason this happened, but I am not buying that this is the only reason that this occurred.

The $200,000 study was conducted by the nonprofit Police Executive Research Forum and Larry Hoover, a professor of criminal Justice at 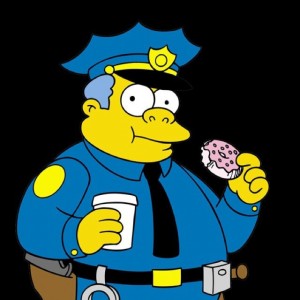 According to figures Houston police reported to the FBI, the city recorded the most burglaries of any of the nation’s 25 largest cities from 2004 through 2011. In 2011, Houston recorded 27,459 burglaries, with Chicago second at 26,420.

Why do I really think this occurred?

For one thing, let’s go back to one of my first blog posts…the large scale sting operation that led to the arrest of dozens of prostitutes and their johns.  How many officers and support personnel did that take?  How many of the resources that could have been used to investigate and track down thieves, hit and run drivers, and people who assault other people did this take – and for how long?

Why else could this have occurred?

Well I will tell you one thing that is tying up a ton of the resources of HPD – investigating and arresting people for drug crimes (and on a disturbingly large scale, for simple drug possession).  We put people in jail for pot. We put drug addicts in jails instead of treatment centers.  We prosecute trace cases again.  Get caught with even any detectable amount of a schedule I drug and you are looking at a felony charge and a possible jail sentence.

Add to this that we put people with mental health issues in prison, and things start to come together.

Yes, of course we are understaffed at HPD – but how are we using the resources that we do have?

Arrested for a drug possession offense?

If you’ve been accused of a criminal offense involving drugs or accused of a prostitution related offense contact attorney Tristan LeGrande by calling 281-684-3500.