“Go out back and I’ll just beat your ass.” These were the words of Judge John C. Murphy in Brevard County Florida, who was displeased with Assistant Public Defender Andrew Weinstock for zealously representing his client. 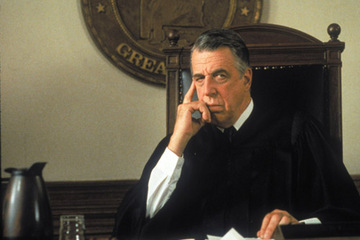 “If I had a rock I would throw it at you right now…SIT DOWN!”  Another gem that was hurled by the Judge at Weinstock after he told the judge to set it for a trial, he would not be waiving anything.  Weinstock did not back down and told the Judge he had a right to be there and represent his client.  Once the Judge challenged Weinstock to a fight they both stormed out of the court and you can hear someone outside the court (I suspect it was the Judge himself) scream “You wanna fuck with me!?”

So what’s the deal?  Is this the example that our jurists should be setting for the justice system, for other attorneys, for THE PUBLIC?!

Of course not, that seems very obvious.  I am proud of the Public defender here.  He stood up for what was right, and he was willing to roll up his sleeves and knock old man Murphy’s block off if it came to it.  I jest, I jest.  This is absolute theater of the absurd.

I hope that this Judge seeks help for his anger issues.  I also hope he is at least suspended by the Florida Bar.  His actions were unacceptable.  We cannot tolerate this by anyone with a bar card, especially one of our Judges.