Owners of the “Wild Alaskan,” a floating gentleman’s establishment on the Bering Sea, have been indicted in Federal Court with three counts of piping human waste from the bathroom’s of the floating bar and into the once-clean waters just off the Alaskan Harbor. 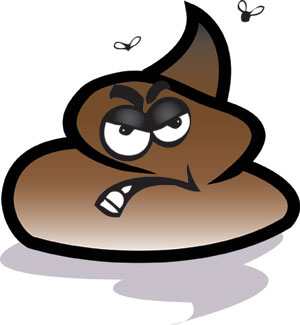 Darren Byler and Kimberly Riedel Byler, are being charged for violation of the Federal Refuse Act.

The salacious sea-faring ship has faced problems since the beginning.  Local news reports that the Coast Guard previously shut down the nudie bar because a water taxi that ferried customers to the boat was reportedly overloaded.   Additionally, the Alaska Alcoholic Beverage Control Board revoked the boat’s booze license because of complaints from Kodiak bar owners that the club’s “common carrier” license had inadequate oversight.

The most recent noxious accusations stem from the floating strip club allegedly dumping bathroom waste into the harbor, rather than releasing it outside the proscribed 3-mile barrier.  To compound the problem, the owners of the love-boat are also accused of lying to the Coast Guard regarding the waste disposal.

Byler contends his boat has ample storage for sewage on board – but as a result of the charges, the floating house of hedonism is closed for business.  Byler reports that he plans to reopen when the weather heats back up.

Federal statute 33 USC 1414b prohibits dumping sewage sludge into the ocean. The potential punishment for violating this law is based on the amount ($600 per dry ton, plus percentages for past violations and the amount of time since the statute was passed).   It is not known at this time the exact amount the government is alleging was dumped.

CHARGED WITH AN ENVIRONMENTAL CRIME?

Environmental crimes are prosecuted zealously and you need a

tenacious lawyer that will put the state to their burden.