Fees for TX License to Carry a Handgun $40 Starting Sept. 1st – Lowest in the Country 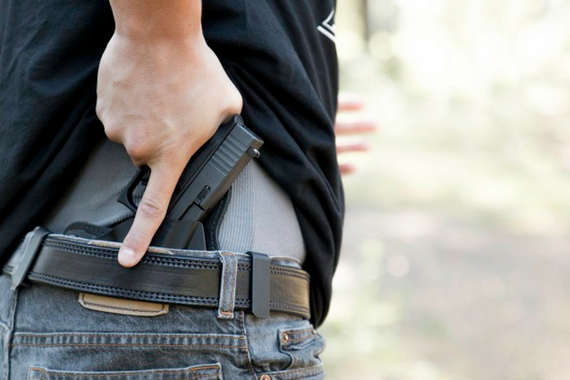 Prior to being signed into law, it saw overwhelming support in the legislature, where it passed by a 111-30 after the addition of a last minute amendment by Jeff Leach of Plano to waive the fee for law enforcement.

The law began as Senate Bill 16, proposed by state Senator Robert Nichols.  The measure reduced the first-time fee for a license to carry from $140 to $40 and the annual renewal fee from $70 to $40. The fee would cover the Department of Public Safety’s cost to manage the license program as well as $27 for county, state and federal background checks.

“The problem is we have the third-highest fee [for a license to carry] in the nation,” said state Representative Phil King of Weatherford, who siagned onto the bill along with 22 members of the Texas House as authors or co-authors.

At $140, the Texas license fee was 3rd highest in the nation behind Illinois and Arkansas.

House democrats criticized the law, contending that the reduced fee will cost the state roughly $12.6 million in 2018.

When Governor Abbot signed the Bill into law on May 29, 2017, he did it at a gun range to celebrate.

With press waiting for comment, Abbott spent several minutes on target practice with his 9mm. After he finished, Abbott held up his target for the press in attendance and said jokingly, ” I am going to carry this around in cade I see any reporters.”  Unsurprisingly, this drew criticism from some organizations, such as the Brady Campaign, a national group opposed to gun violence, criticized Abbott for his joke, calling it “dangerous and out of line” in light of recent attacks against journalists.

“No law-abiding Texan should be priced out of the ability to exercise their Second Amendment rights,” Abbott said in a prepared statement after the signing.

Texas becomes the State with the Lowest Handgun Licensing Fees in the country.