Many in the general public still do not realize the implications of the current drug-prosecution policy in Harris County, as well as in many counties across the state.  We are filling our prisons with addicts charged with miniscule amounts of drugs.

Get caught with “any detectable amount” of a controlled substance (Penalty Group 1 or 2), no matter how small, and you can be facing felony charges.  Penalty Groups 1 & 2 (or PG1 & PG2) include substances such as cocaine, methamphetamine, MDMA, oxycontin, and even hash oil and bath salts.

Many of you may know that possession of less than a gram of these substances is a felony, but you may not realize how much less than a gram can get you charged with a felony.  Residue scraped out of a pipe, resin in the bottom of a glass bowl, and in some cases, even controlled substances swabbed from the inside of a defendants mouth have been charged as felonies.

It does not even have to be a measurable amount. This means less than 1/100 th of a gram.  For comparison sake, think of 1/100 th of a sugar packet.  Yup, less than that.  If the lab can detect it, they can charge you with it. 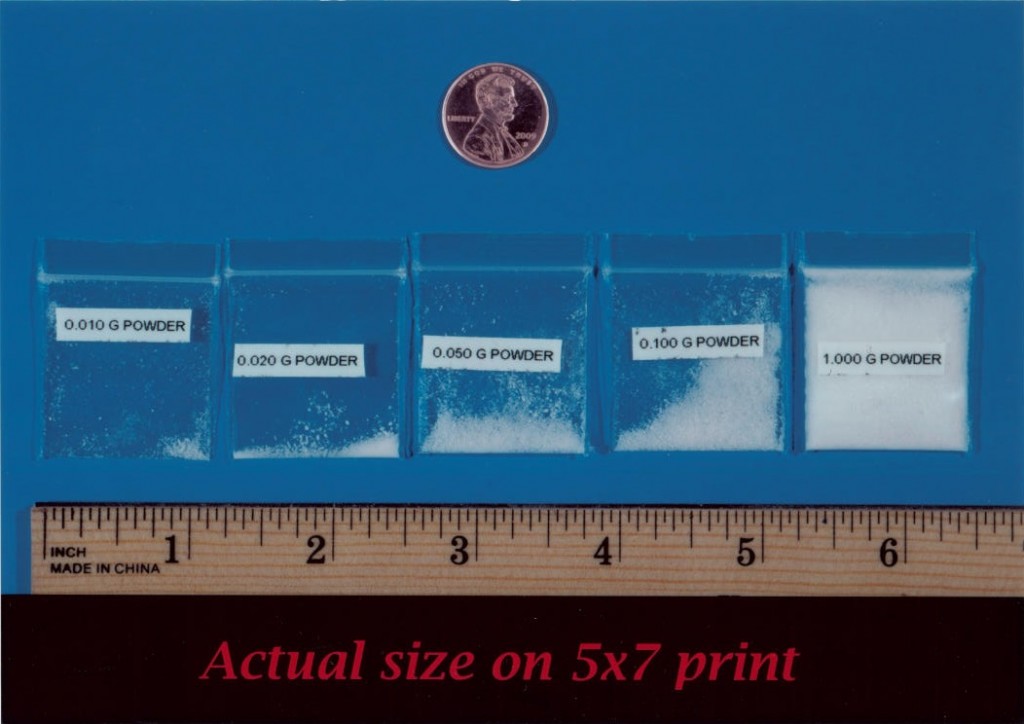 It also goes to reason that drug addicts struggle to stay clean in their addiction.  This can mean multiple arrests and charges for possession of controlled substances.  If any of those arrests resulted in convictions, then the enhancement provisions kick in.  Someone could be facing 20 yrs or more of prison time for one arrest, of RESIDUE of a controlled substance.

This has not always been the case in Harris County.  When Pat Lykos was the District Attorney she implemented a non-prosecution policy for so called “trace-case” drug possession.  The actual text of that policy reads: “residue under .01 grams…will not be prosecuted…as a felony.”  Unfortunately, this put her on the shit list with local law enforcement agencies, that came out in mass against her during the subsequent election cycle.  Once Mike Anderson was elected he reversed the trace case policy put in place by Lykos.  When Mike Anderson’s wife,  and once again here we are.

Many other metropolitan areas, like Dallas and San Antonio, have a policy to no prosecute under .02 of a gram.  These are still small amounts, but imagine how much less can get you a felony in H-town.

If you are accused of an offense involving any drug crime