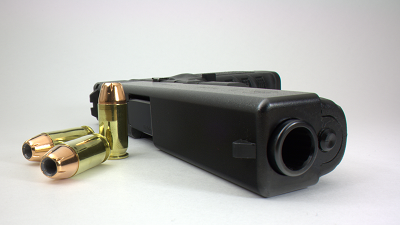 In the aftermath of Hurricane Harvey and its accompanying flooding, the familiar stories have appeared in the news detailing some of the unfortunate crimes that always seem to happen during one of these types of events, including robbery, fraud, theft or burglary (what some have labeled “looting”).  Many are unaware that in the State of Texas we do not only permit the use of deadly force to protect your life and the life of others the same as your own, but to use deadly force to protect property, if certain conditions are met under the circumstance that you are confronted with.

In Texas, when can I use deadly force to protect my Property?

Under Section 9.42 of the Texas Penal Code, a person is justified in using deadly force against another to protect land or tangible, movable property:

(1) If he is justified in using force against the other under Section 9.41 (force to protect one’s personal property); and, (2) when and to the degree he reasonably believes the deadly force is immediately necessary:

(B) to prevent the other who is fleeing immediately after committing burglary, robbery, aggravated robbery, or theft during the nighttime from escaping with the property; and

(3) he reasonably believes that:

(A) the land or property cannot be protected or recovered by any other means; or

(B) the use of force other than deadly force to protect or recover the land or property would expose the actor or another to a substantial risk of death or serious bodily injury.

In Texas, when can I use deadly force to protect another person’s property?

(1) the actor reasonably believes the unlawful interference constitutes attempted or consummated theft of or criminal mischief to the tangible, movable property; or

(2) the actor reasonably believes that:

(A) the third person has requested his protection of the land or property;

(B) he has a legal duty to protect the third person’s land or property; or

(C) the third person whose land or property he uses force or deadly force to protect is the actor’s spouse, parent, or child, resides with the actor, or is under the actor’s care.

Finally, I would advise anyone contemplating the use of a firearm for personal protection to invest in firearms safety and training courses, and to obtain a license to carry a firearm if they are eligible.

CHARGED WITH A WEAPON OFFENSE?