Meanwhile in despicable human garbage news – the 5th Circuit Court of appeals reversed the district court’s ruling allowing for prosecution to proceed against Nicole Richards & Brent Justice for “animal crush” videos.  The videos these two made are meant for the sexual gratification of their viewers; in the videos scantily clad Richards stabs & chops off the limbs of animals, even urinates on them. One videos the police seized 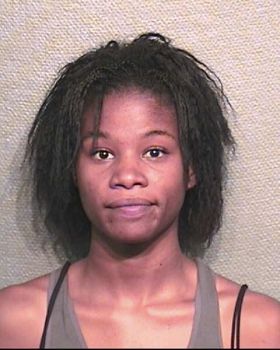 shows Richards puncturing a cat’s eye with a shoe heel.

These two are the first to be prosecuted under the federal Animal Crush Video Prohibition Act of 2010, passed by Congress and signed by President Obama.

The District court got it dead wrong – they ruled that the crush videos were a protected form of free speech.  What they ignored is the utter horrendous inhumanity and cruelty that these depict, casting them far asunder from protected speech.  Luckily the 5th Circuit Court of Appeals put their foot down, ruling that he First Amendment does allow limited restrictions on some speech, including obscenity. THIS IS THE EPITOME OF OBSCENE.  Also noted was that the Secondary effects of the videos, not the actual content is the focus of the legislation this was meant to ban.

The appeals court does not always get it right.  That is being generous – but this time, they did.  We can’t allow for people to profit from the horrible and cruel torture, maiming and killing of animals.